Today may your hearts be filled with genuine pride
as we celebrate who we are as a nation
under God's providence.

Today
will be the final posting for
Prayer on the Hill
until September 15, 2009

Today
I begin the work
of moving to my home,
taking a vacation
with some family and friends
and laying the foundation
for a new blog
that will succeed
Prayer on the Hill
since I will not be calling
"the Hill"
my neighborhood.

It has been a wonderful experience
living so close to
"what's happening"
in our nation.

On September 15th
the Prayer on the Hill
will reopen with
a link to the new blog.

Thanks to all of you readers
for your comments
when I meet you walking
"on the Hill."

Let us pray for our nation today and
for one another.
Have a great summer. 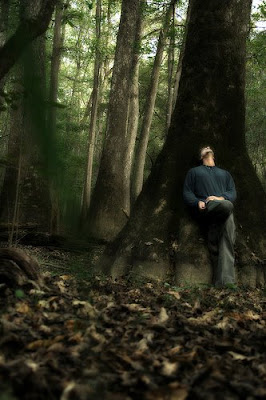 Feast of St. Thomas the Apostle

Doubting Thomas! Quite a descriptor "doubting" can be. How significant is this adjective (perhaps a participle for the grammarians among us)! Today, at least in our Catholic Church, doubting seems to have gained a position almost on par with the seven sacraments! Yes, this is a bold statement!

Stop and consider: when all is said and done what does it mean to doubt? In the world today many have seemingly abandoned belief in the realities behind some of the sacraments: Real Presence of Jesus Christ in the Eucharist; Jesus giving forgiveness in Reconciliation.

Doubting used to be considered somewhat near scandal. Some would only whisper their doubts or disbelief. Today it is almost a personal declaration of independence to state doubt about the Real Presence, the need for the Church's granting forgiveness in the name of a forgiving God. And how strong are the protests against Jesus' teaching and the Church's following up on the sanctity of human life from its conception until its natural ending?

Yes, doubt is linked to faith. Without faith there is no belief and its doubting that leads a person to give up a practice of faith. We cannot forget that faith is never going to be an experience when we are not at one time of another challenged to believe what seems impossible to understand. St. Paul, the man who at one time was such an opponent to the message of Jesus, wrote that "that is the proof of what cannot be seen."

In our times there is a loud cry that can be heard demanding that faith prove itself, failing to realize that once proven, faith would fail to exist. What is seen, what is understood give us knowledge. Two plus two is four. But to understand the Real Presence of Jesus Christ, body and soul, in what appears to be a wheat wafer or a cup of wine is the challenge of faith. As St. Paul also wrote, "faith is the evidence of things unseen." The evidence of things unseen: now here is a true challenge to a believer in our world today.

Can this be true? 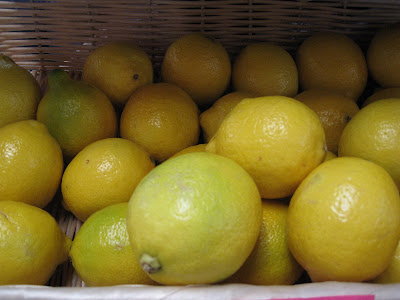 A contemporary thought that might help
understand a beginning to trusting God
in challenging moments.
When you are given a lemon, make lemonade!
Today's First Reading
Can you imagine how many times you have read or heard read this story of Abraham and Isaac? For me each venture into the story is a challenge. I wonder how Abraham must have felt at first when God asked him to sacrifice his son. Were I a father, I believe I would want to take myself and my son far, far away from this God. This was supposed to be the God of such kindness. And imagine what Isaac must have thought as he came to realize what was about to happen to him. How could he ever trust his father in the future? What was he trying to prove?

Likewise, this story makes me wonder about Abraham and his strength, his ability to trust that God will make all things right for him. This is, I believe, more challenging to me than trying to get a grasp on what God is teaching. If ever a test with such intensity came my way, I don't know what I would do? Where would I turn? How would I feel? Surely I would imagine that I was in the midst of a horrible dream. Those who know me, or think they know me well, often see the lighthearted, rather joyous priest who likes to bring smiles to peoples faces and lives. But there is a terribly worrisome side of my existence --- thanks to my mother who tried to teach all of us how to worry about everything under the sun. It is this side of me that needs much attention when I find myself carrying a problem or worry. I have to struggle to take that worrying and put it aside by trusting in the Lord. A version of the Serenity Prayer, published by a faculty member of the Creighton University School of Nursing, brings a possibility for me to strengthen my trust in God in whatever situation I might find myself. The version of the prayer was composed by Reinhold Niebuhr. May it help you in those moments when trusting God is so difficult.

God grant me the serenity
to accept the things I cannot change;
courage to change the things I can;
and wisdom to know the difference.
Living one day at a time;
Enjoying one moment at a time;
Accepting hardships as the pathway to peace;
Taking, as He did, this sinful world
as it is, not as I would have it;
Trusting that He will make all things right
if I surrender to His Will;
That I may be reasonably happy in this life
and supremely happy with Him
Forever in the next.
Amen.

Rev. Milt Jordan
Lanham, MD, United States
It is my honor to be of service to the Knights of Columbus in the State of Maryland.